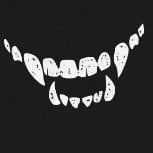 By Vampire,
June 16 in Site/Forum/Discord/Mantis/Wiki related