MTA loads with around 15 fps 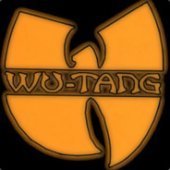 My issue is simple to explain, only difficult for me to understand as to why it happens.

Basically, 1 in 2 chances  I will open up MTA and will be stuck at around 15 fps as apposed to 60 (both in menu and any server). The way I would go around fixing it would be either, A: Running this cleaner tool from Asus which would remove unnecessary background processes (Windows & Some of my apps). I stopped doing it because it would mess up my Wallpaper Engine and Corsair iCue. Method B: is me changing my in-game setting screen type from borderless keep res to standard. This would obviously require me to restart my game, and then I would have to switch back to borderless keep res. 2 restarts later and that would fix my MTA (Whenever i switch from borderless to standard I'm back at 60 fps, thing is that I just don't like alt tabbing with standard).

This issue was active as well before I formatted my PC fairly recently and installing it onto my new SSD. I'm all up to date on everything I'm pretty sure. W10, gpu and cpu drivers, bios etc. Running the game in admin mode also doesn't help.

Hopefully someone knows the reason for this happening and can help out.

15 answers to this question